1955 marks the birth year of miffy. During a holiday in Egmond aan Zee, Dick Bruna’s oldest son is told, every night before bedtime, a story about a small white rabbit that hops around the holiday home. That rabbit became the source of inspiration for miffy. The iconic little rabbit has gained world fame. Since 2002, Royal Delft creates hand-made products for miffy and is now expanding its collection. 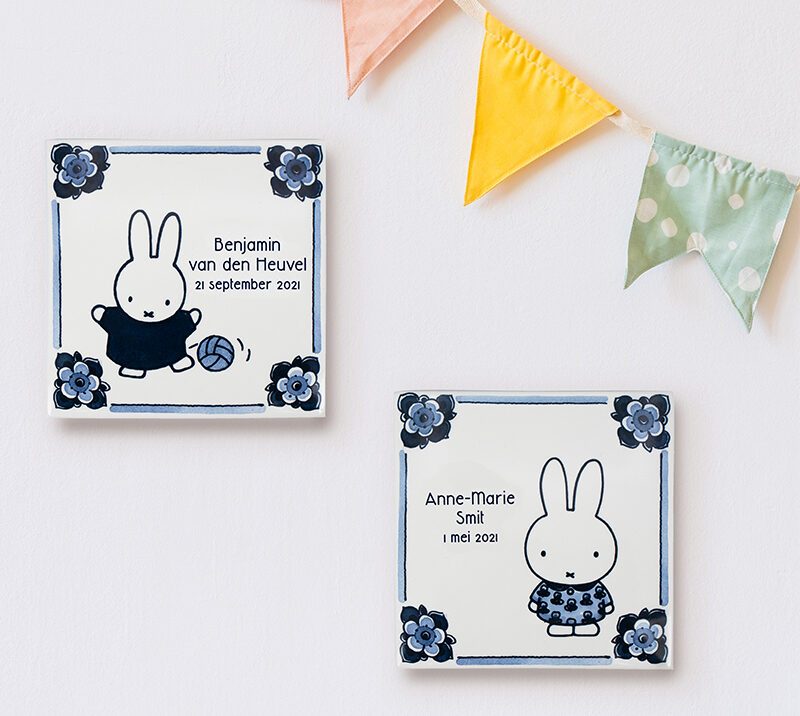 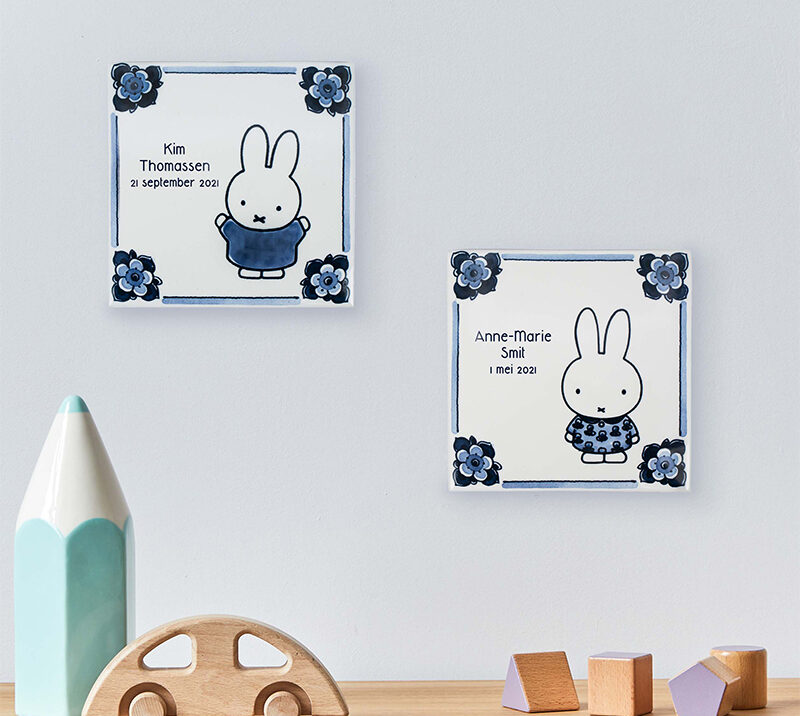 The customizable miffy birth tiles are hand-made in the factory of Royal Delft. It is not possible to make changes to the personal texts after ordering. Therefore, pay extra attention to the text you enter and take into account an estimated delivery time of approximately 3 weeks.

To the Royal Delft newsletter